A Brief Profile of the College 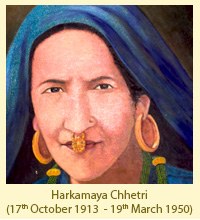 The college offering B.Ed & M.Ed courses is located at Samdur, Tadong, East Sikkim eight kilometers ahead of state capital, Gangtok on NH31A in a very calm and picturesque surrounding.It is connected by road on the National Highway 31A. The nearest railway station New Jalpaiguri is 117 km and nearest Airport, Bagdogra is 120 km from the College.
My mother late Harkamaya Chhetri, left for heavenly abode at the prime of her youth in her 30s.Her effort to provide education to my sisters and her idea not to overlook the daughters’ education encouraged me to establish a college in her name to commemorate her ideal thinking for women education which gave birth to the establishment of Harkamaya College Of Education in the year 2003 under Rhenock Educational Society
It is imparting courses in the field of education and has since graduated several success stories.